Ancient Greek and Roman Imperial Coins in the Jameson Collection 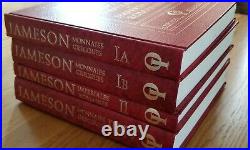 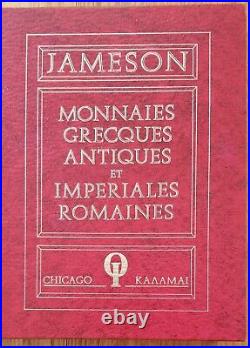 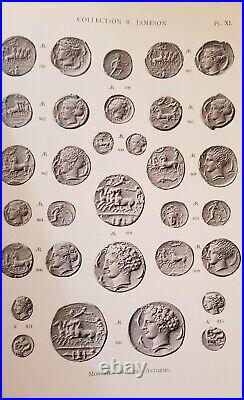 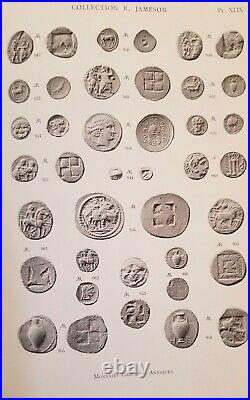 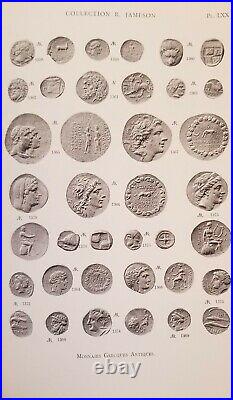 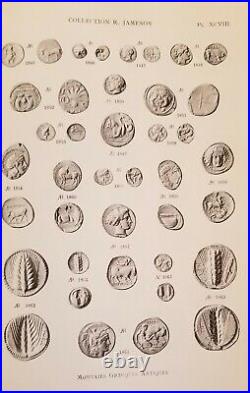 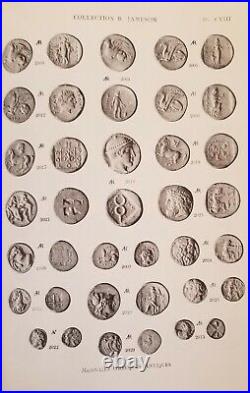 The Greek and Roman Coins of the Jameson Collection. (Monnaies Grecques Antiques et Imperiales Romaines). Volumes IA & IB, II-IV. These books are very rare and highly sought after! Jameson’s collection of Greek and Roman coins was one of the best collections ever formed by a single individual. Jameson prepared the coins for publication himself and the books were published in four volumes (all of which we have for sale). The Jameson collection excels in comparison to other public and private collections by the superb quality of the majority of its specimens and its photography. Volumes III and IV provide an addendum to both the Greek and Roman series (specifically, Volumes III and IV cover Greek coinage) while Volume II is specifically devoted to Roman coins. The books featured in these auctions are the 1980 REPRINTS. Some of the featured areas for Greek coins are as follows (not a complete list). Part I: The Greek West. Iberia, Balearic Islands, Gallia, Italy & Sicily. Part II: The Hellenistic World. Macedonia, Thrace, Thessaly, Illyricum. Epirus, Acarnania, Phocis, Corinthia, etc. Part III: The Hellenistic East. Asia Minor, Syria & Phoenicia, Central Asia & Africa. These books are REPRINTS and were published in 1980 by Obol International in Chicago, IL. The hardback covers are in brand new condition. In fact, the books will come in the original boxes. The item “Ancient Greek and Roman Imperial Coins in the Jameson Collection” is in sale since Thursday, February 13, 2020. This item is in the category “Coins & Paper Money\Publications & Supplies\Publications\World”. The seller is “coinbooks4u” and is located in Englewood, Colorado. This item can be shipped to United States.